Recent investigation by The Guardian shows that Deutsche Bank was involved in a wide money laundering scheme with the possible total ammount of $80bn cash involved. Bank representatives admit that “significant disciplinary action” may be undertaken by the UK and USA regulators against the bank.

The scheme worked in years 2010-2014 aiming transferring money from Russia into the western financial system. With FSB and high officials of Kremlin linked.

So named The Russian Laudromat Scheme used UK, USA and Germany based companies (total of 2523 “high-risk entities” involved) which lend money to each other and then Moldavian courts recognized these debts as real. Then billions of money was transferred to Moldova and the Baltics via a bank in Latvia.

Deutsche Bank was used to launder the money via its corresponding banking network – effectively allowing illegal Russian payments to be funnelled to the US, the European Union and Asia. The Bank was entirely unaware of the scam until the Guardian and Organised Crime and Corruption Reporting Project (OCCRP) broke the story on March 2017, the report says.

First of all, as we see the problem of money laundering is neither “non-residents doing business” nor lack of “connection with the country”. When money laundering takes place, it is always a big organization with considerable resources standing behind and allowing the whole story happen. Also, you will always find that the very same people are “organizing and managing the project”.

Second, it is sort of unclear how Deutsche Bank (possessing total control on transactions and containing a huge security department) appeared to be “entirely unaware”, when some journalists and non-governmental organization managed to reveal the scheme.

Third, if you want to stop money laundering or considerably decrease its turnover – start dealing with those, who are in charge for this in the first place. Which means – banks and bankers. Not with freelancers, self-employed entrepreneurs and small companies trying to start their tiny business. But upon some unclear reasons, it is only entrepreneurs to be blamed for something they are hardly aware of. 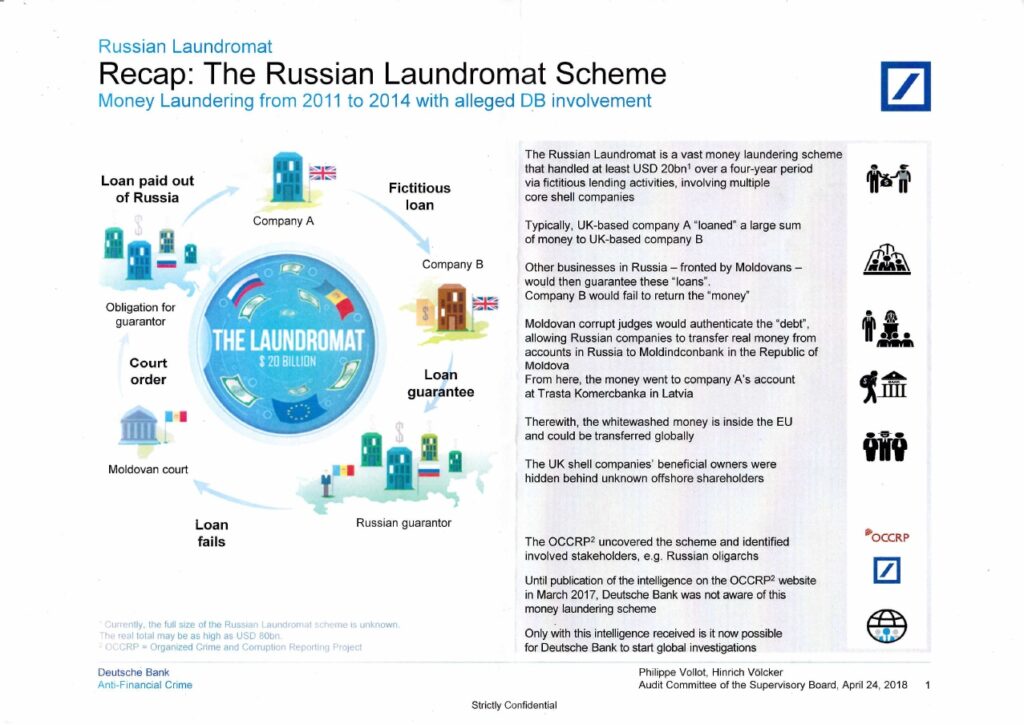 What are we doing with this data

We collect the following cookies on our website: _ga, _gid and _gat - they are used by Google Analytics to distinguish users, calculate visitors, evaluate their visit goals, as well as to control the request rate made to Google Analytics. We collect the above cookies by employing the Google Analytics tool. The Google Analytics tool places and uses cookies to track website traffic and users’ interaction with our website. All the information collected by Google Analytics cookies is aggregated with similar information received from other users and is therefore anonymous. We do not identify individual visitors to our website. You can accept, reject, manage or delete cookies according to your preferences. Cookies are placed on your device only if you consent by choosing relevant option on the website’s cookie banner. You can change your choice at any time by clicking on respective field on the cookie banner. Unless you have set your browser to decline all or certain type of cookies, Google Analytics cookies will be issued to you as soon as you visit our website. You can prevent Google from tracking and processing your personal data that are generated by the Google Analytics tool.
Google Analytics is provided by Google LLC registered in the U.S. Data collected by the Google Analytics is generally transmitted to a Google server in the U.S. and stored there.   We draw your attention to the fact that there is no adequacy decision issued by the European Commission to the U.S., and your personal data are not protected in the U.S. in the same way as in the EU. Under certain circumstances, your access to effective legal protection may be restricted, and there is a risk that U.S. authorities may get the access to your data.
Save settings
Cookies settings